I think the people at the New York Times were among the first in their business to realize that for newspapers, comments are the best user generated content. Not that this is ground-breaking — good comments have always made reading more addictive, and they’re in the foundation of all online communities.

Instead of citing a bunch of numbers to make my case, I decided to compare what was published in the New York Times and the Los Angeles Times after a recent high-profile event: the death of Antonin Scalia. 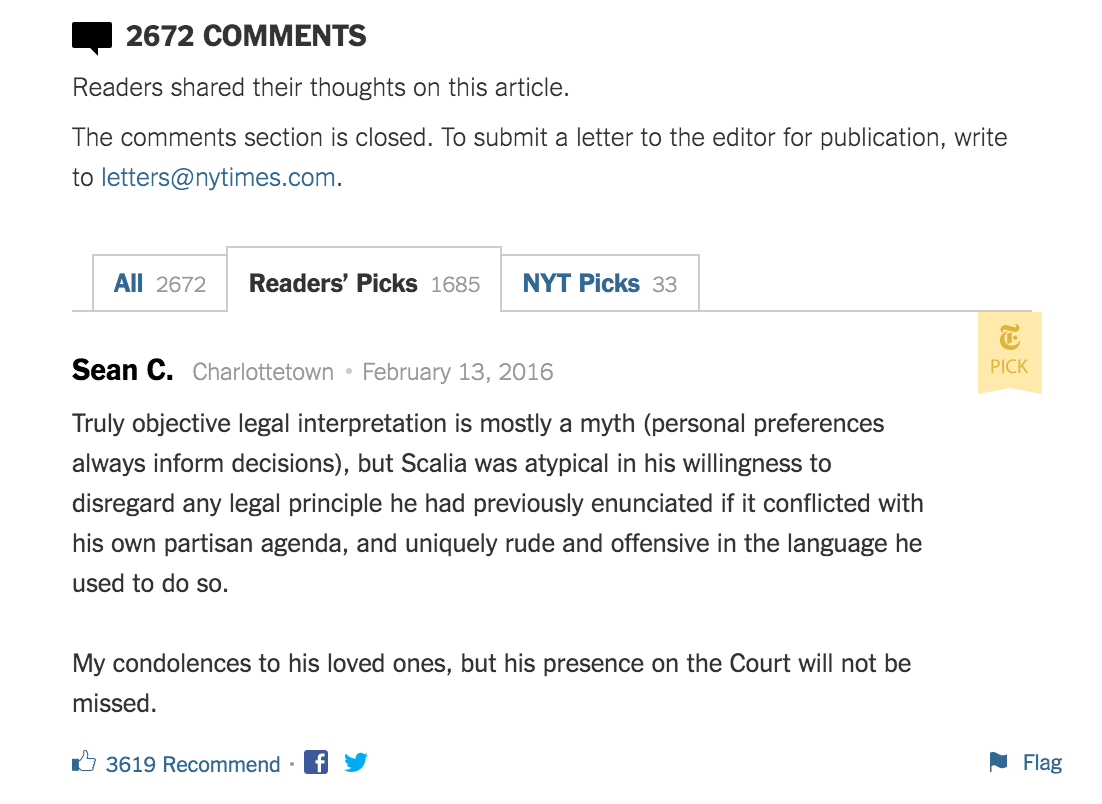 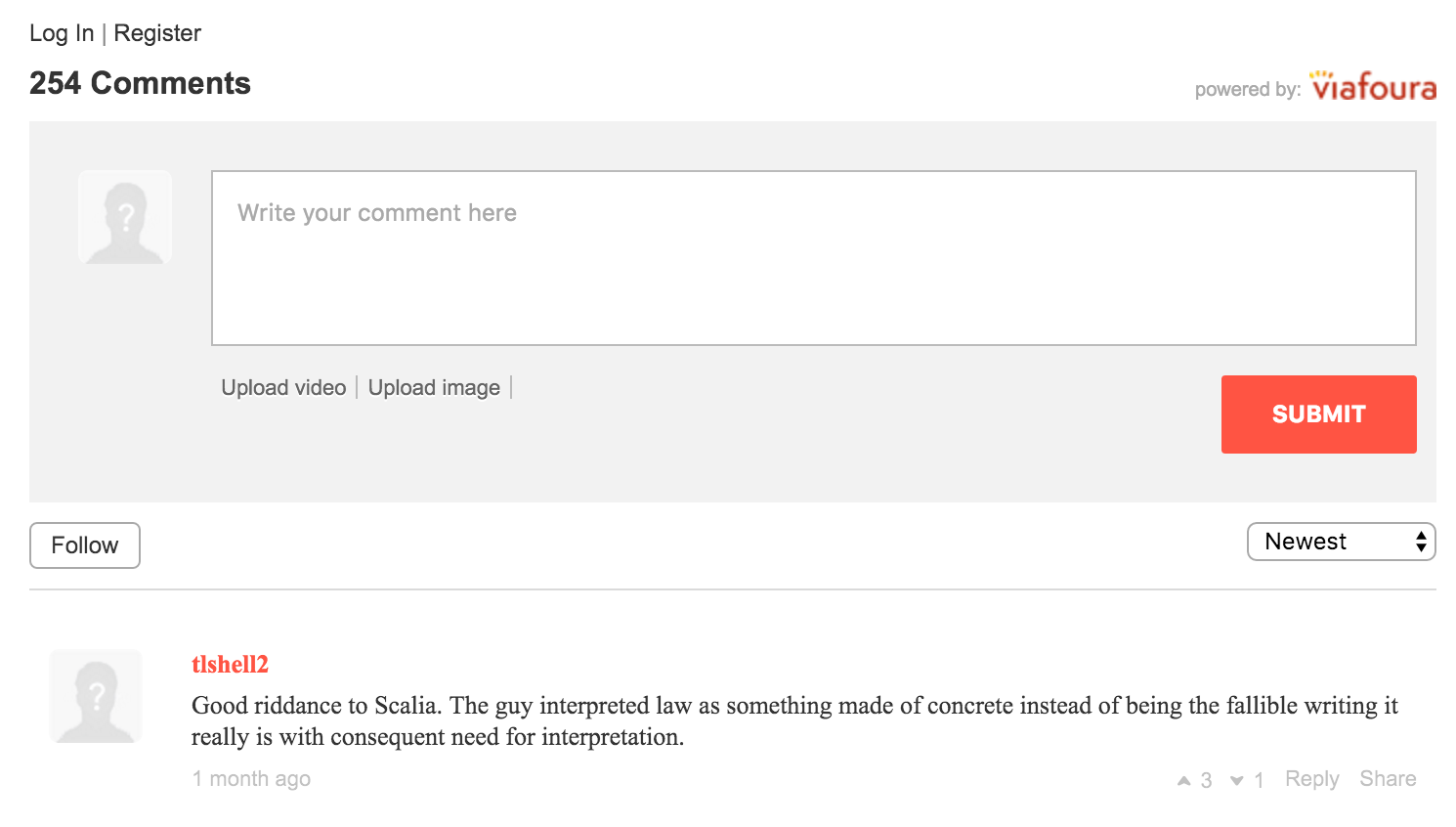 On the top is the NYT comments section, and then the same comments section in the LAT. Let’s ignore for a moment that one looks slick and the other looks like shit, and focus on how the comments are organized.

More than 10 times as many people commented on the New York Times’ article. But when you open the comments section, the comments are sensibly sorted, and the “best” ones, both according to readers and to the NYT, are easy to find. If you compare the NYT Picks with the Readers’ Picks, you’ll notice that the first group is more diverse. The paper has a liberal reputation, but it tries to call attention to well-written comments of all political leanings, arguably because this will get readers riled up. Geez… It’s almost like they thought about what they were doing!

The LA Times, on the other hand, is hopeless. It looks like they picked the first comment widget they could find, threw it into their article template, and called it a day.

Comparing these two papers is interesting because in the past, before the news and everything else moved online, the distance between them probably wasn’t so big. Since the year 2000, for example, the The LA Times has won 18 Pulitzers to the NY Times 15! But prizes aside, newspapers will either find a way to get readers to pay for content online, or they’ll go out of business. And any paper that isn’t leveraging users to generate content in the famed Web 2.0 style isn’t doing itself any favors.

To close, here’s another article with comments in the thousands, and an NYT Pick with more than 3000 upvotes:

Regardless of your views on religion, you have to admit it’s well-written. The NYT has taken time to build and curate an online community, centered on the comments generated by their articles. They get reams of this stuff for free with every article they publish. So does YouTube, but swarms of adolescents make that a different story. This is different. It’s smart.